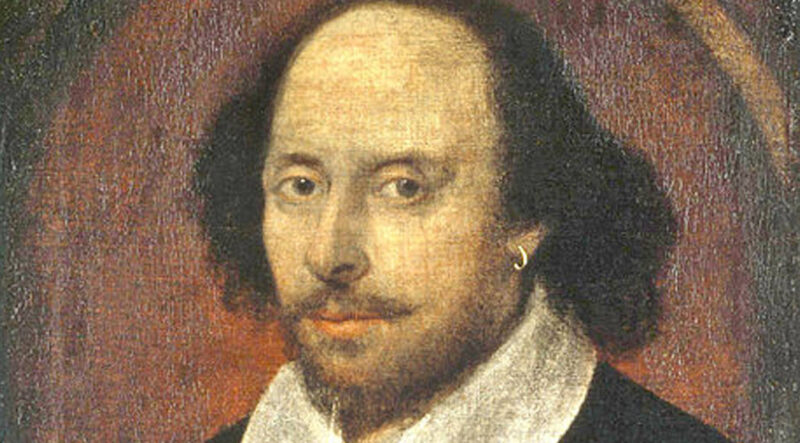 In his new Elizabethan thriller, The Queen’s Man, Rory Clements sends his hero John Shakespeare home to Stratford-upon-Avon. The year is 1582 – a momentous year for the Shakespeare family.

When William Shakespeare was eighteen years old, he got twenty-six-year-old Anne Hathaway pregnant and married her. Whether he did so because he loved her or because he was forced to, is not known.

The biographies I have read clearly struggle with the concept of the Bard as a teenager. Nor does anyone have any sure knowledge of Anne – was she a nagging frump, a beauty with wit and passion, a homemaker who gave Will the stability he needed, or none of the above?

All the biographers speculate wildly about Will and Anne, but their surmises are always preposterous. It is not their job to speculate; that’s my place. I’m the novelist. I’m the one who can write the ‘what ifs’. Biographers and historians are supposed to tell us what is known, backed up by evidence.

If they don’t like such strictures, if they want to give their imaginations free rein and invent stuff, then they should acquire a pen-name and write novels.

So, what was Will Shakespeare like as a teenager?

Let’s begin with what he wasn’t. He wasn’t a goody-goody. Two early accounts suggest he was a keen poacher and had been severely punished by Sir Thomas Lucy, the local justice, for taking his deer at nearby Charlecote. Nor was Will slow or puritanical in carnal matters – as demonstrated by his seduction of, or by, an older woman.

So, in modern parlance, he was a bit of a lad. A tearaway with an eye for the girls. 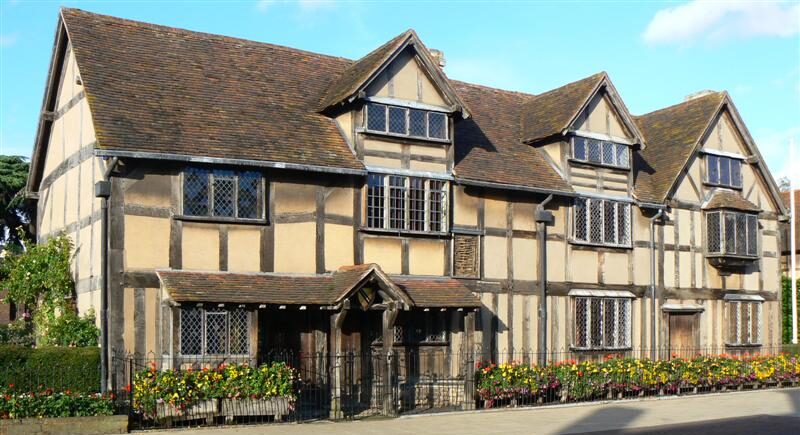 The 17th century biographer John Aubrey (who gained his information from the son of one of Shakespeare’s friends and colleagues) wrote in Brief Lives, his famous series of biographical sketches, that as a boy Shakespeare ‘exercised his father’s trade, but when he killed a calf he would do it in a high style and make a speech’. The reason for the slaughter, of course, was that his father was a maker of fine leather gloves and needed animal skins.

From this grandiose speech-making we perhaps get the feeling that the young Will Shakespeare might have been a bit full of himself – self-important, over-confident and, perhaps a little verbose. In later life, his fellow playwright Ben Jonson certainly thought him rather too wordy. As Aubrey said of Will: ‘He was wont to  say that he “never blotted out a line in his life”; said Ben Jonson, “I wish he had blotted out a thousand”.’

Thus we see the older Shakespeare in his teenage self. Brimming with confidence, hungry for the world, full of brave words. The sort of words – in the form of poetry – that might have lured Anne into his eager arms.

At least one of his sonnets is seen as an early effort at love poetry, probably written for Anne, for it contains the lines, I hate from ‘hate’ away she threw, and saved my life, saying ‘not you’. A clever play on words – ‘hate away’, referring to Hathaway.

Such precociousness doesn’t necessarily mean he was snotty and unbearable in his self-belief, for there is no reason to believe that his habit of declaiming, writing poetry and using extravagant language wasn’t done without a degree of self-effacing good humour and affability.

We see plenty of humour in the plays that were to come – particularly among the common people, the ordinary soldiers, the constables. Justice Shallow, the country magistrate in The Merry Wives of Windsor, is often seen as a wicked caricature of Sir Thomas Lucy, whose deer Shakespeare supposedly stole. 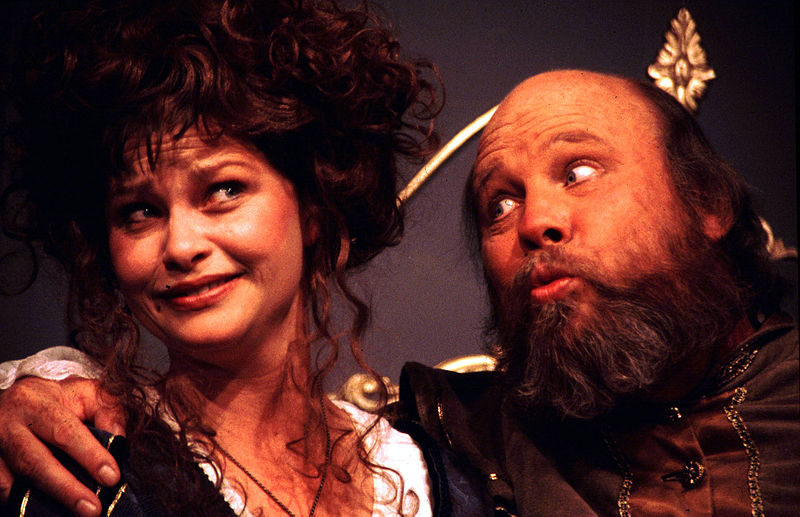 Mistress Page (Julie Hughett) and Falstaff (John Rousseau) in “The Merry Wives of Windsor”, staged by Pacific Repertory Theatre at the Golden Bough Playhouse in 1999.

What we do know is that he was very well educated despite not going to university. The King’s New School in Stratford-upon-Avon offered a superb education, including Latin, the classics, rhetoric and memorising whole tracts of poetry and Roman history. His teachers, too, were among the finest to be had. This is where Will Shakespeare gained his love of language. 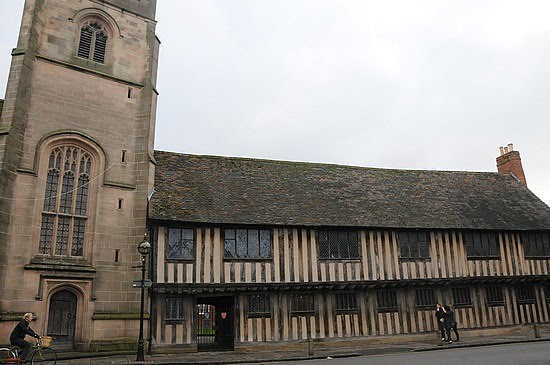 The King’s New School in Stratford-upon-Avon, widley believed to be where Shakespeare was educated.

I believe the family’s house in Henley Street was a happy middle-class home, full of children of all ages. While Will was having his way with Anne, his little brother Edmund, a mere two years old, would have been clutching at his mother’s apron as she went about her chores. But there would have been worries, too, for his father’s fortunes were declining. This was a house full of laughter and tears, kind words and argument. A proper family home.

‘…his electrifying way with words, his good-humoured charm, his fine body and handsome face, he must have been an attractive proposition to all the girls and young women of Stratford-upon-Avon’

There can be no doubt Shakespeare was physically attractive. Aubrey says: ‘He was a handsome, well-shaped man: very good company, and of a very ready and pleasant smooth wit’. We see his good looks in the so-called Chandos portrait, in the National Portrait Gallery. Long dark hair, intelligent eyes, a rakish gold earring.

With his devil-may-care attitude to poaching, his electrifying way with words, his good-humoured charm, his fine body and handsome face, he must have been an attractive proposition to all the girls and young women of Stratford-upon-Avon.

‘Anne [was]…the sort of young woman Will simply could not resist, despite the eight-year age gap.’

And so, to have landed him, Anne must have been the pick of the bunch. I see her as so beautiful, so warm and clever, that she knew she could wait until the right man came along. To me, she is Julie Christie, Scarlett Johannson, Marilyn Monroe, Kate Moss all rolled into one gorgeous package. The sort of young woman Will simply could not resist, despite the eight-year age gap. 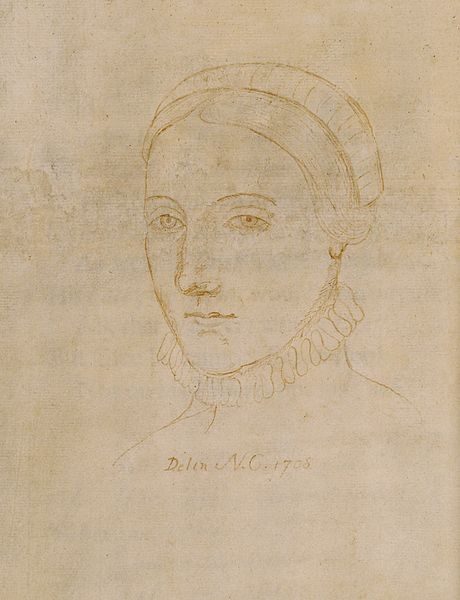 The only surviving image that may depict Anne Hathaway (1555/56 – 6 August 1623), the wife of William Shakespeare, is a portrait line-drawing made by Sir Nathaniel Curzon in 1708, referred to as “Shakespear’s Consort”. It was drawn on the verso of the original title page in the Third Folio (1663) of Shakespeare’s works located in the Colgate University Libraries, Special Collection and University Archives, Hamilton, NY.

Anne won the prize in Will Shakespeare. And he won the prize in her. I believe they were made for each other and had a happy, successful marriage. Despite seeking his fortune in London, he continued to come back to her regularly, making his main home in Stratford. He couldn’t keep away.

And I can say all this with confidence, because I’m a novelist, not a historian.

*The Queen’s Man by Rory Clements, published by Hodder & Stoughton, is in shops now.