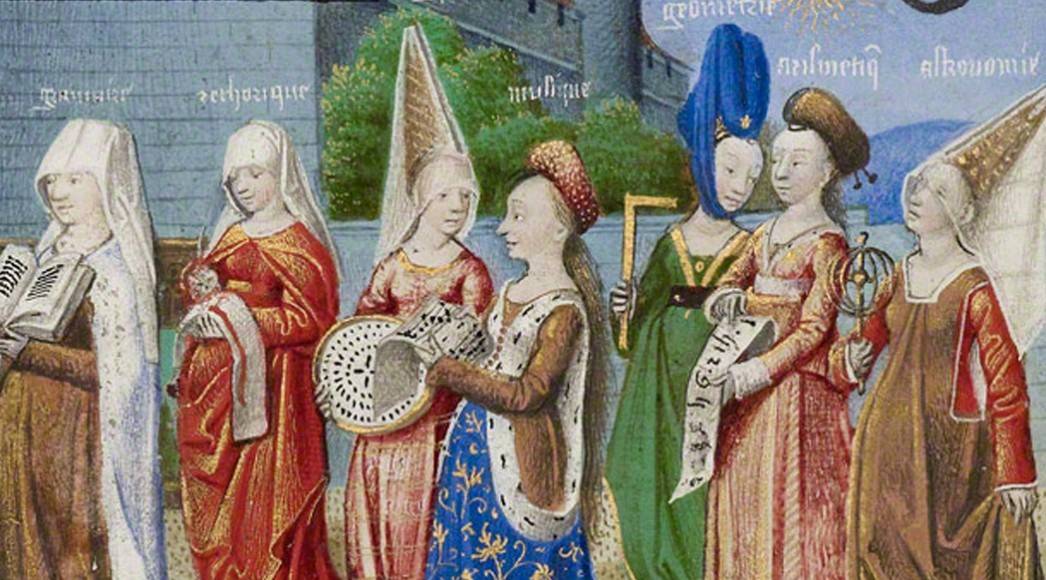 When I was a child, long before I discovered re-enactment or really understood what or when the middle ages were, I wanted a princess hat. And, for those of you who were little girls, I can pretty much guarantee you have the same mental image as me!

Yes, I’m talking about the pointy, conical hats that were quite fashionable once upon a time. Often made of a shimmery pastel material, they were often too ridiculously tall to be worn on a child’s head. From the highest point a sheer veil hung, decorated with streamers or flowers.

At perhaps five years of age, it never occurred to me that a princess might wear a crown rather than this ridiculous contraption. To many a little girl, it was the quintessential fairytale princess hat, and I wanted one. A real one too, not the makeshift one my mother offered at home – a princess has standards!

Years later, while studying medieval costuming, I came across the origin of the pointed princess hat. Sometime in the 1430’s it appears similar hats made their debut in Europe. Known as a hennin, the hat was popular in Burgundy, France and Flanders, though it was also worn elsewhere in Europe for much of the 15th century.

The ‘Allegory of True Love’ by Hans Memling shows a young woman wearing a hennin with a contrasting flap around the base and a sheer veil. Unlike today’s princess hats on which the veil hangs from the top point, historically a light veil would be draped over the entire hat, hanging down elegantly on all sides and sometimes draping over the face or shoulders.

Fact Alert – This conical headdress covered most of the hair, and women would sometimes pluck extra hairs from around the hairline in order to achieve the look of a higher forehead.

Investigating further, not every hennin was a pointed, towering terror. The painting, ‘Portrait of a Woman’ by Rogier van der Weyden, depicts a much shorter version more reminiscent in shape of a flower pot. This shorter or truncated hennin, with its blunted top was worn similarly to its taller cousin. Modern estimates on the height of these hats range from a modest eleven inches for truncated hennins to two feet or more for the more dramatic pointed ones.

There is no definitive answer as to how these headdresses stayed on the wearer’s head. It is thought that the combination of the hair pulled tightly under the hat and a stiff loop sitting on the forehead (clearly visible in both images) serving to counter balance the weight held the hennin in place. There is speculation that thin straps around the ears may have been used as well, though the van der Weyden piece referenced above is one of the few paintings in which this can be readily seen.

The popularity of the hennin waned by the early 1500’s, and shorter hennins were abandoned in favor of Tudor-style hooded headdresses. While the exact styling and height of popularity varied from country to country, the stereotypical princess hat of the 20th century in all of its shimmery glory is in fact based on a style that enjoyed its heyday in the mid to late 15th century.