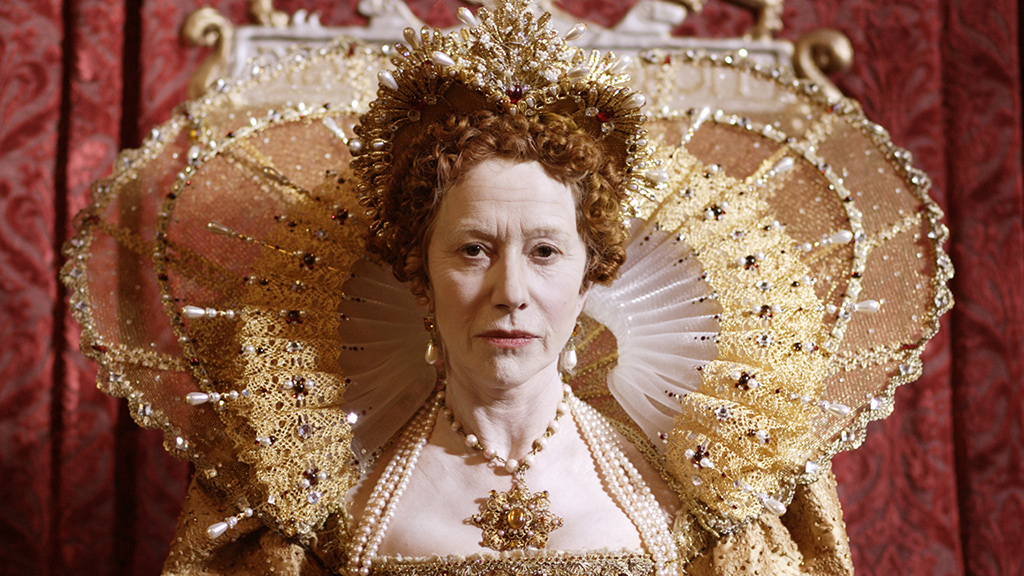 In an age of contouring, baking, brows and plumped lips, it is difficult to imagine that societies throughout history have been as beauty obsessed as we are today. Certainly, what constituted ‘beauty’ has been redefined almost continually throughout history, but, nevertheless, ideals and expectations have governed the ways in which women especially have felt about presenting themselves.

Throughout the Tudor period, the ideal woman was deemed to be light and angelic, an external indication of internal purity. Porcelain skin, blonde or fair hair and blue, green or grey eyes were very much in vogue and it was for this reason that Anne Boleyn, when first introduced to the English court, was not considered beautiful, her dark, brown hair and deep, almost black eyes juxtaposing all that was considered beautiful. Just as today, those who did not naturally meet the ideal standards of the day took action to alter their features but makeup, the most common means of ‘beautifying’ oneself was a luxury that only the upper echelons of society could afford.

Skin was one of the defining features of Elizabethan makeup. In the early Tudor period, many opted for creams that gave women natural looking, soft skin. These often contained ingredients such as honey, beeswax and sesame seed oil. However, as Elizabeth I strove to portray herself as the Virgin Queen, donning thick layers of ceruse to achieve a pale looking face, more and more women opted to follow her trend and heavy makeup became popular amongst the upper sort. Ceruse consisted of white lead and vinegar and though it gave the wearer a whitening effect, it was highly toxic leading to the early deaths of many women from lead poisoning (it was rare for the wearer to wash their ceruse off.) Ceruse is first mentioned in 1519 in Horman’s “Vulgaria puerorum” and by the Elizabethan period, the product had become a well-established beauty tool though contemporary authors could not help but remark on the effects of the concoction with one suggesting it made the skin “grey and shrivelled”.

For some, however, such extreme methods were not worth the risk and other precautions were therefore put in place to allow them to achieve the ideals of the day without the risk. To avoid getting a sun tan, for example, a distinguishing feature of the lower sort who would often spend long days toiling outside, some opted for special sun masks, made of leather, which would prevent the sun’s rays from depriving the wearer of their naturally pale skin. Other more natural concoctions could also be applied, consisting of plant roots and leaves, which would give the wearer paler, yet less extremely white, skin. Some authors suggested that women should apply a mixture of paste of alum, tin ash, sulphur, boiled egg white and talc instead of ceruse to preserve their skin whilst still achieving that coveted paleness whilst others simply suggested applying uncooked egg white to the skin as a “glaze” to create a smooth coating which would hide wrinkles.

To enhance the skin’s paleness, rouges, often described as ‘fucus’ in contemporary sources, were also popularised. Ochre, madder and cochineal were all used to stain the cheeks though the most popular recipe for rouge consisted of vermillion, gum arabic, egg white and figs. With the already thick base of ceruse underneath and now a thick layer of fucus on top, Elizabethan satirists could not help commenting on the appearance of fashionable women. One noted that an artist did not need a box of paints but instead a ‘painted lady’ from whose face he could glean his pigments.

Wide-set, bright eyes sitting beneath narrow, arched brows was the ideal many Elizabethan women strove to achieve. Many would begin by using drops of belladonna in their eyes to achieve the desired sparkle before outlining the eyes with kohl to make the eyes look wider and more wide-set.
Brows would be heavily plucked to achieve a high arch but this was not the only hair Elizabethan women would pluck. A high forehead was also fashionable so many women would pluck their hair to push their hairline back by an inch, or sometimes even more.

Now an Elizabethan lady had achieved pale skin and sparkling eyes, her hair was the next thing to receive attention. As mentioned previously, pale hair was desirable and so many sought out recipes for bleach which would lighten their hair. Some such hair dyes were, as with the makeup, noxious and could have serious health implications for the woman using them- one key ingredient in most of the numerous recipes being circulated was urine. Other women chose to give their hair a yellow tinge using a dye which consisted of saffron, cumin seed, celandine and oil.
For those who couldn’t lighten their hair, there was another option- wigs. Many Elizabethan noblewomen would opt to wear fake hair pieces rather than subject their scalp to toxic mixtures. Wigs were also a handy beauty tool for women who were going bald and were, in fact, a firm favourite of Elizabeth I herself whose hair seemingly never lost its brilliant Tudor red colour despite her advancing years.

Styling the hair was just as important as colouring it. It was most fashionable for women to curl the front of their hair, positioning it in tight rolls on either side of the head.

The effect of Elizabethan makeup was as damaging as it would be startling to modern eyes. Spots, blemishes, acne, freckles, scars and wrinkles were all the result of the heavy, poisonous layers of makeup religiously applied by Elizabethan noblewomen: the modern day equivalent of acne concealer. Some recommended lemon juice or rosewater to remedy blemished and spots whilst others suggested the application of a mixture of mercury, alum, honey and eggshells instead.

Facial peels were also common in the Elizabethan period, though they were certainly not akin to modern peels. It was not unusual for women to apply mercury to their face in order to achieve a peel that would leave their skin refreshed and soft. Other women preferred more natural means of achieving soft skin such as ass’s milk, a popular substance which became a firm favourite of the Elizabethan nobility.

Though noble women striving to meet the beauty ideals of the day may have thought they looked fantastic, commentators at the time could be particularly scathing of the practice of applying heavy makeup daily. Admittedly, most of those commentators were men and women today are still contending with men professing to prefer a ‘natural look’ whilst perpetuating unachievable beauty standards, yet it is hard to ignore their scorn of such a popular practice. Ben Johnson, for example, in Cynthia’s Revels, writes “How base is her shape, which must borrow complexion from the shop? How can she weepe for her sinnes…when her teares will make furrowes in her face?” whilst Thomas Overbury in A Humerous Day’s Mirth writes “Shee reads over her face every morning, and sometime blots out pale, and writes red. Shee thinks she is faire, though many times her opinion goes alone…she is hid away all but her face, and that is hangd about with toyes and devices, like the signe of a taverne, to draw strangers”.

Some even saw the wearing of makeup as immoral, with Richard Braithwait professing in The English Gentlewoman that “when vermillion hath laid so deepe a colour on an impudent skinne…it cannot blush with sense of her own shame”. Yet, despite such criticism, the desire to achieve beauty perfection overruled all concerns for morality or health. Though the ideals are significantly different to our own, perhaps we are not as dissimilar to our Elizabethan predecessors when it comes to beauty as we might like to imagine.