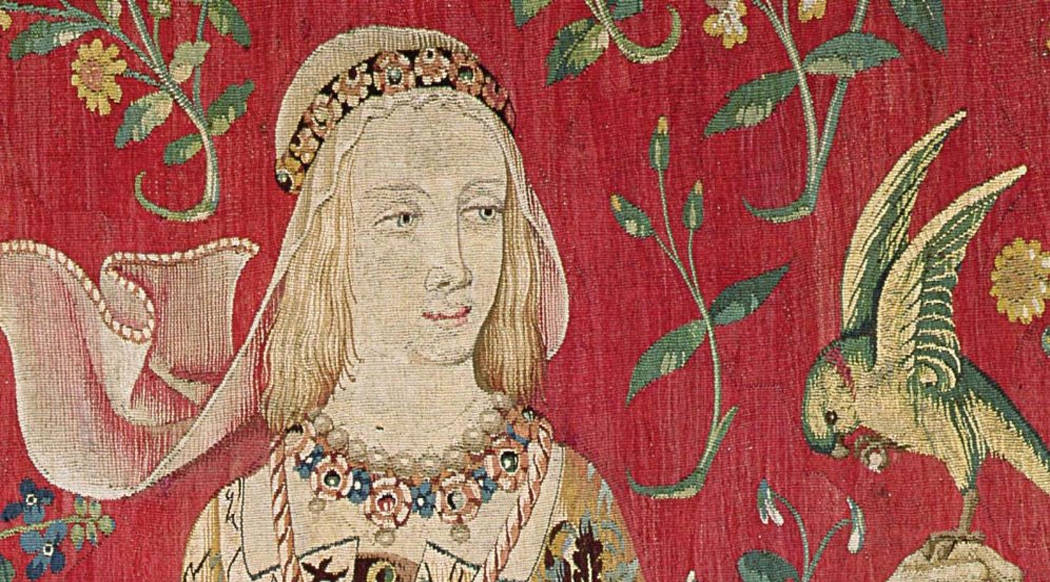 Katherine Swynford lived more than seven hundred years ago.  Why is it that, so long after her death, she continues to captivate readers of history and historical fiction?  In her own time she was a woman of little importance.

Kings and princes, after all, frequently took lovers. Why is is that Katherine has kept such a hold on the public imagination?  It is a subject I have thought long and hard about since writing my novel of Katherine and the Duke, The Scandalous Mistress.

We can hardly claim to know much about her.  The detail we have places her as a daughter, wife, widow or mistress, never as a woman in her own right.  Raised as Katherine de Roet from a knightly family, in the household of Queen Philippa, she was lady in waiting to Blanche, the first Duchess of Lancaster.  Becoming a young bride to Sir Hugh Swynford, a knight in the employ of the Duke of Lancaster, Katherine was soon widowed, left to raise three children.

Queen Philippa of Hainault, whose household Katherine grew up in.

And then the scandal!  Employed as governess to the Lancaster daughters, Katherine embarked on a love affair with Duke John of Lancaster, third surviving son of Edward III, a liaison that lasted for almost thirty years, until ultimately marriage to the Duke restored her respectability and made her a Duchess.

This is a mere glimpse of a life of fifty three years.  There are so many yawning gaps in it, not least Katherine’s own thoughts on her life.  So why is Katherine so special?  What is it that makes this love affair so compelling in comparison with others, so that admirers still visit her tomb beside the high altar in Lincoln Cathedral?

The tomb of Katherine at Lincoln Cathedral.

Is it simply that their relationship lasted for thirty years?  No.  There were other medieval marriages that lasted equally as long and were affectionate relationships.  Edward III and Philippa of Hainault.   Henry III and Eleanor of Provence.  Edward I and Eleanor or Provence.

Is it because Katherine, from a well-born but hardly aristocratic family, had a lover who was a royal prince?  Unlikely, since it was hardly uncommon for kings and prices to enjoy sexual pleasures with a mistress from the lower classes.

So why does this affair grip our imagination?  I would suggest it fascinates us because Katherine and John flouted all the moral precepts in which they were raised by Queen Philippa who had a reputation for piety, morality and a high standard of behaviour.  Katherine and John broke all these medieval rules of a respectable and chivalric life.  They were guilty of the major medieval sins of immorality, unholy sex and adultery, for John was married to Constanza of Castile.  Katherine gave birth to four illegitimate children.  When the chroniclers of the day sharpened their pens, they denounced Katherine as witch and whore.  Of being a seductress, drawing the Duke of Lancaster into her scheming web.

What was it that made Katherine, a highly devout and respectable widow, make a choice that would endanger her immortal soul?  What kept the lovers together?  It must have been love, not of the hearts and flowers variety, but a driving need to be with each other despite the bitter public vilification when they forgot to be discreet.  For of course, they did forget.  Love made them careless.  Perhaps this is why Katherine and her lover have remained so vivid throughout history.  And is it not true to say that we like our heroes and heroines to be flawed, because we like to see the possibility of some redemption.  Neither Katherine nor the Duke was perfect, but still they tug at our heart-strings.

Katherine appeals to us because she managed to captivate a royal prince for thirty years.  A charismatic character, John of Gaunt made as many enemies as friends, but who can resist a royal prince, powerful, proud, rich and forceful even if his arrogance sometimes makes us uncomfortable?  Katherine must have been a very special woman for the Duke to love her to such a degree.  When neither of them was young – John was fifty six and Katherine forty six – he married her.  Princes did not marry their mistresses, but John married Katherine.  How ultimately romantic is that?

The House of Lancaster family tree.

On a final note, Katherine Swynford – or Duchess of Lancaster as she we should call her – might have been of little importance in her own day, but it was her descendants, the Beaufort children, who were to have such influence on English history.  From John Beaufort, the eldest and Joan Beaufort, the only daughter, came the line of Yorkist kings and the Tudors, as well as the Stuarts in Scotland.  There are even five Presidents of the USA who claim descent from this line.

What an amazing inheritance from this pair of medieval lovers.  Katherine Swynford remains a figure for our admiration and our speculation.  Long my she continue to do so.