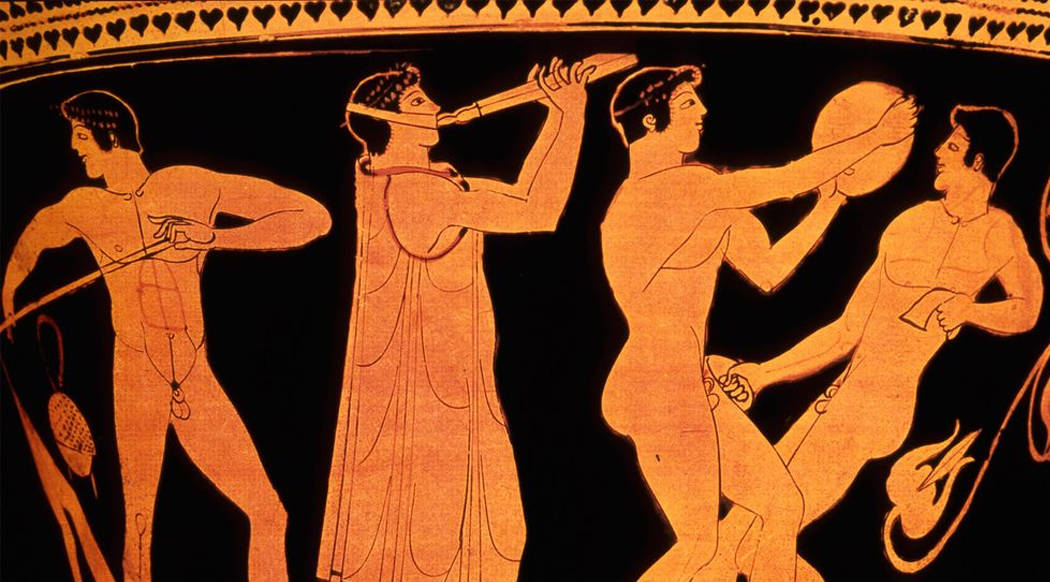 When learning a new language, it is inevitable that you want to find out the “bad words.” It is no different when learning ancient languages like Latin or Greek. For instance, in Latin words to describe the male genitalia are considered the bad words. These words were mentula and uerpa. For all intents and purposes they are the most obscene words for the male genitalia based on literary and archeological evidence. Even a proper Roman like Marcus Tullius Cicero simply refused to write mentula in response to a letter. It is hard to approximate just how improper it was to use these words in civilized conversation, but one can imagine its equivalent today would be the four letter c-word, similar to the Latin word cunnus.

In the process of trying to find the word for penis in ancient Greek (for purely scholarly reasons, of course) I embarked on a harrowing quest through the Greek lexicon known as Liddell and Scott which comes in three sizes the “little Liddell”, “middle Liddell” and the “Great Scott.” My search turned up scant results, however, they did have a word that was somewhat related. Liddell and Scott compiled it rather secretively unless you knew both languages.

I am sure you can figure out the cognate of the Latin word penis, but you must be a pretty savvy Latinist to know what coriaceus. Let us consult Lewis and Short:

CORITTO
I don’t know if [Cerdon] is from Chios or Erythrae [4]; bald, small – you’d call him a right ‘Mr. Tradesman’. You’ll think you’re seeing the handiwork of Athena herself not Cerdon’s.
I – for he arrived bringing two, Metro – at the sight of them – well my eyes bulged; men can’t make their rods as rigid as this – we are alone and can be frank – and not only that, these are as soft as sleep; and the little leather straps are as soft as wool, not like leather straps at all [5]. A kinder cobbler to a woman you’ll not find – even by putting-out.

METRO
Why then did you not take the other one as well?

CORITTO
What didn’t I do, Metro? What sort of means of persuasion did I not apply him? Kissing him, stroking his bald head, pouring out a sweet drink for him, calling him by a pet name, giving him all by my body to enjoy [6].

METRO
If he asked even that you ought to have given him it [7].