The Celts would not have called themselves Celts. That is an outside term from the Greek “Keltoi” or Latin “Celtae.” The Celts may have referred to themselves as Brythons or Britons (They were not called English until after the rise of the Anglo Saxons later on in history).

The term “Pict” meant “the painted people” and was used by outsiders to refer to anyone north of the Forth-Clyde line, an area that’s come to be called the Highlands. The Picts probably would have called themselves Cruithni, which translates into “the native people.” Their neighbors to the south usually called them Prydein or Priteni. In Britain, there were many, many tribes and kingdoms, but to summarize about the people, there were:

By the end of the fifth century, pretty much the entire eastern coast from Dover up to Hadrian’s Wall was inhabited by the Saxons, who relentlessly kept pushing north and west. Within a century or so, they would gain influence over most of the country, driving the Celtic people into what is now Wales and Cornwall or forcing them to emigrate to Brittany. 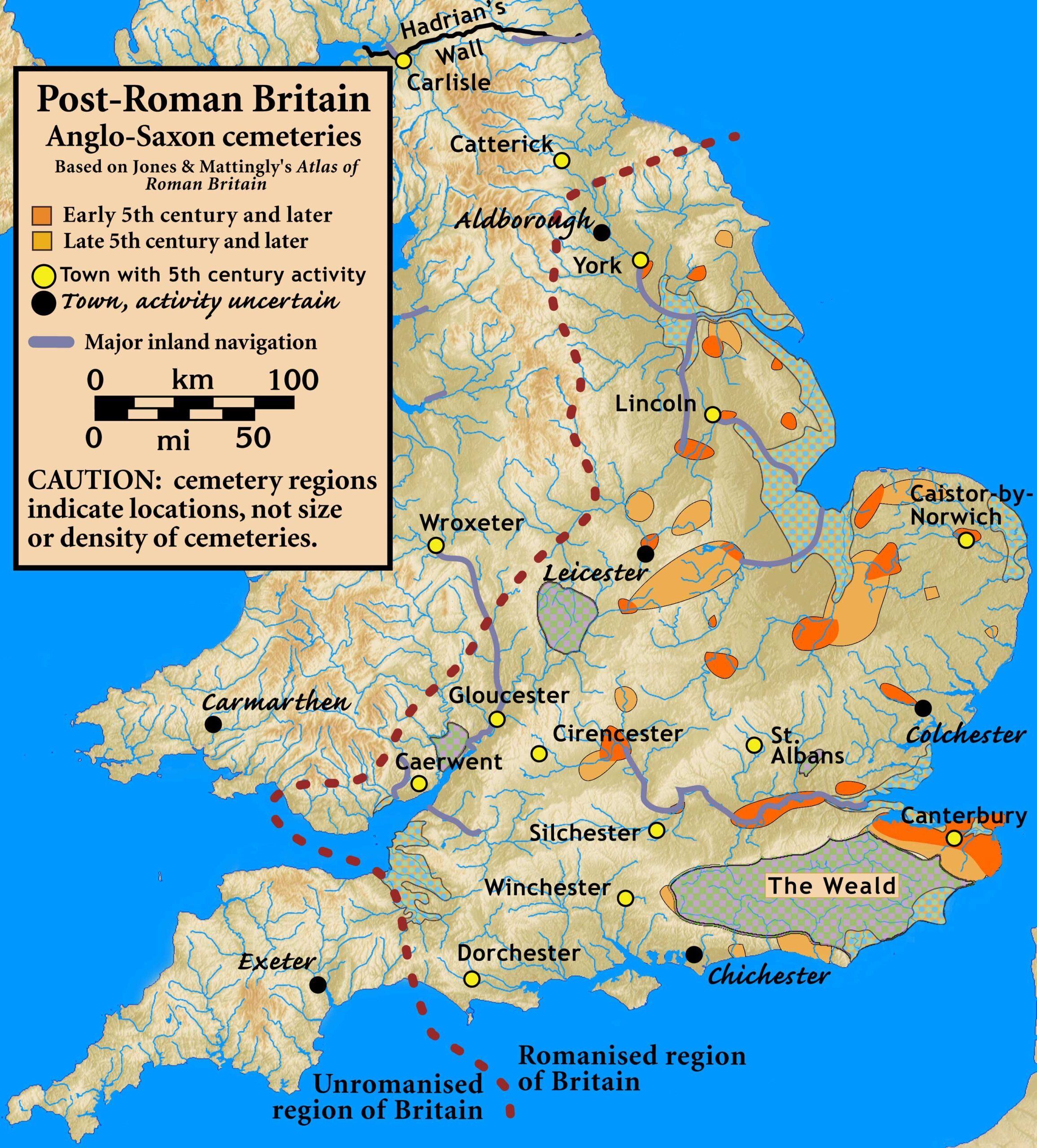 Most of the country felt the influence of Rome, though it was more concentrated in the south and east. Roman influence seems, logically, to be most keenly felt in major Roman towns and forts. The extent to which their influence spread into the countryside varies by location. The Roman towns and villas are likely where Christianity first touched the Celts of Britain.

In the west, the kingdoms of Gwynedd, Dyfed, Gwent and Powys (in modern Wales) were influenced by Rome, but perhaps not as much as in other areas. Laing and Laing suggest that though they had major forts at Careleon and Caernarvon, the Roman influence was more of “regularizing” the government (110) than superseding it, especially in the western reaches, though they admit the influence Roman life was strong in the post-Roman era. In the south of Britain, the areas of Devon and Cornwall were relatively untouched by Roman influence, despite the town of Exeter being Rome’s westernmost holding. 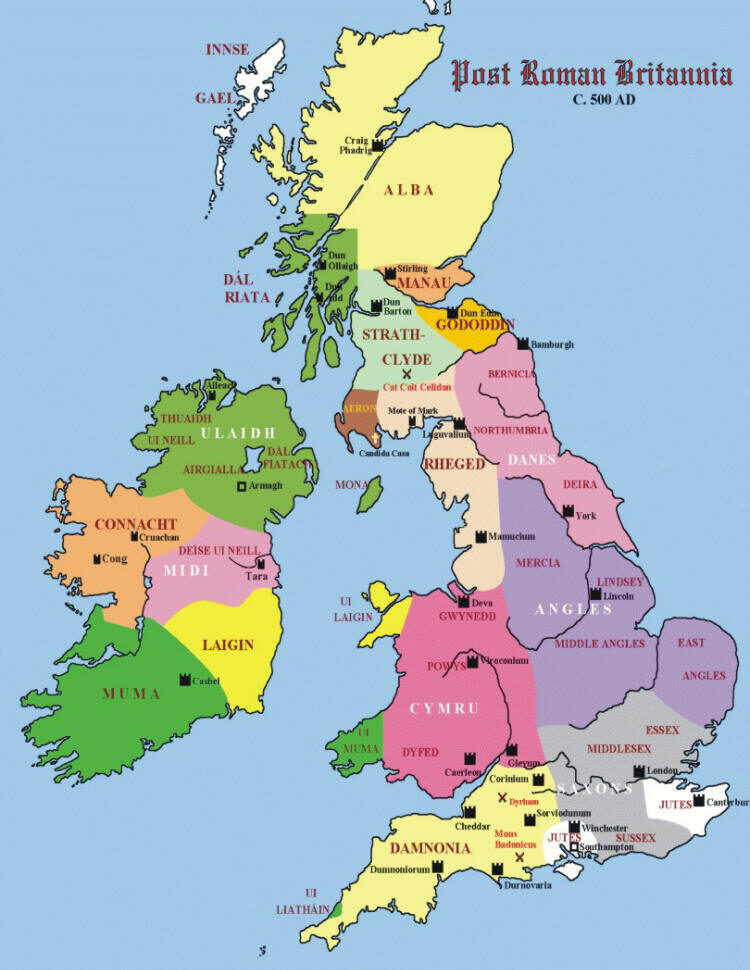 The lands between Hadrian’s Wall and Antonine Wall (what is today southern Scotland) were peopled by four main tribes of Britons: Votadini, Damnonii, Novantae and Selgovae. These “Men of the North,” as they were sometimes called, lived in a military zone in the first two centuries of the Common Era and some of the tribes were frequently attacked by the Roman army. But after that, Rome pretty much left them alone.

Today, we would call them Picts, but the were really a group of many tribes (some were thought to be nomadic). The Caledonii are the most well known, both for their fierceness and ability to live in extremely cold and bleak landscapes, but we would be remiss not to mention the others: Taexali, Vacomagi, Cornovii, Smertae, Caereni, Carnonacae, Creones, Venicones, and Epidi.

this is obviously focusing on the area that is today England, Wales and Scotland. But there were also Celtic people in Brittany (the Bretons) and Amorica/Galaicia (Gaul) at the time. And of course, the Irish were also Celts, perhaps the only ones completely devoid of Roman influence, since the Romans pretty much left them alone.