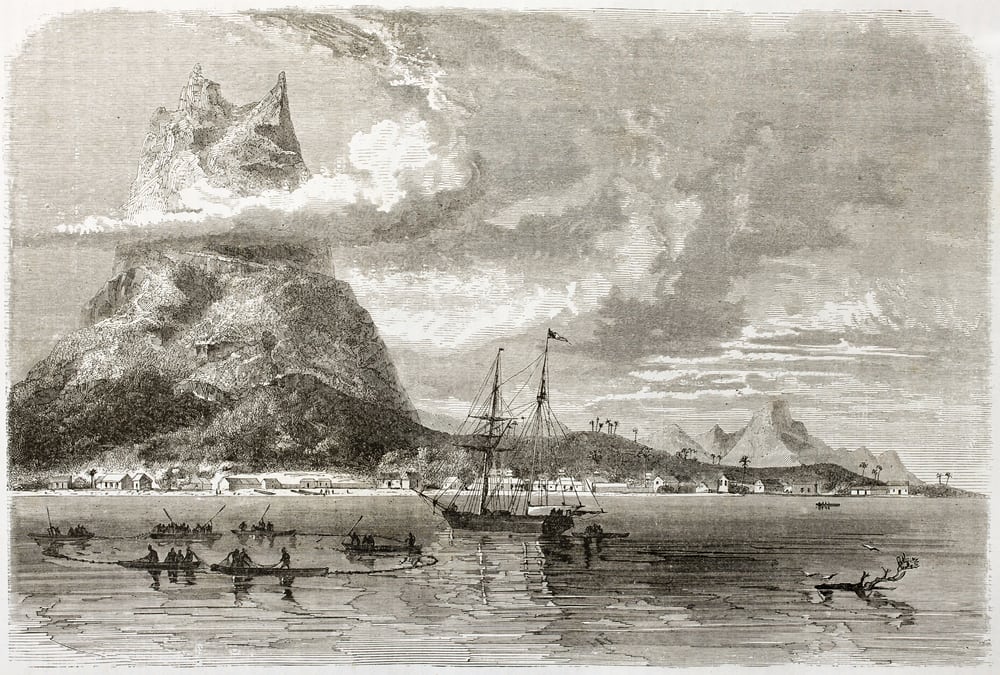 Despite the fact that Bora Bora is pretty popular among tourists from all parts of the world, we can’t really be sure that we know absolutely everything about this amazing island in the Pacific Ocean. Of course, such widely known facts like Bora Bora is a home to the world’s most perfect beach, or that here weather stays perfect for a whole year is pretty great, but what can you tell us about its heritage, history, and culture? If this task seems to be quite hard for you – bellow we are going to make your life easier and share six amazing things you probably haven’t’ know yet about this incredible corner of the world called Bora Bora!

1.Bora Bora has been inhabited for AGES

Despite the fact, that Bora Bora is pretty secluded and located in vast Pacific Ocean region it is a loved home for people for many ages. Many researchers believe that this island was inhabited by settlers around the 4th century C.E., meaning that for many ages this small piece of land was a home for local Polynesians. On the other hand, first European settlers came to Bora Bora in 1722, so the culture of this small island was well preserved from foreigners’ hands for sure.

As many nations of the world, Bora Bora used to be a kingdom too. The island was self-ruled kingdom way until the year 1888. During that year, Bora Bora’s last queen Teriimaevarua III was forced to retreat by the French, who annexed the island as a colony. To this day, France still rules Bora Bora and other various sized islands which are all located in a so-called French Polynesia.

Due to the secluded location and other aspects, during the Second World War, Bora Bora was also used as a South Pacific military supply base by the army of the United States. Because of that, all around the island various oil depots, airstrips, seaplane bases, and defensive fortifications were constructed by Americans, and you still can find some of those remains all scattered around the island.

French Polynesia consists of five archipelagoes: The Society Islands, Marquesas Islands, Tuamotu Islands, Austral Islands, and the Gambier Islands. Each of these islands displays some features of the typical Polynesian culture and tradition and have the same colonial administration. However, different islands residents maintain different cultural identities specific to their home island. Meaning, that in Bora Bora you can still detect little cultural differences than in other French Polynesian islands like Tahiti. However, these distinct identities are beginning to blend into one, due to modern transportation, education, and communication networks.

In the whole French Polynesia, there are several kinds or degrees of marital union. At one end, locals legitimate their union at instituted civil and church ceremonies. These traditional wedding ceremonies are similar to Western and celebrated by wedding feasts for relatives, officials, and friends. However, on the other hand, some couples live together without a civil ceremony, raise a family together but are still considered to be married by their neighbors and local communities.

In Bora Bora and other islands in the area, you can also usually see some people called “Mahu.” These people are often considered being the “third sex” – a man or a woman dressed and acting like an opposite sex. But the amazing thing is that Polynesians tolerate these people who are either doing this for the sake of the tradition or because of their own personal choice. Locals believe, that “Mahu” combine the best traits of both sexes, and there is nothing bizarre about having such individual in society. That is a good proving fact when we talk about the fact, that locals in Bora Bora are usually considered being the friendliest and the most open-minded people on the planet. Doesn’t it sound just amazing?