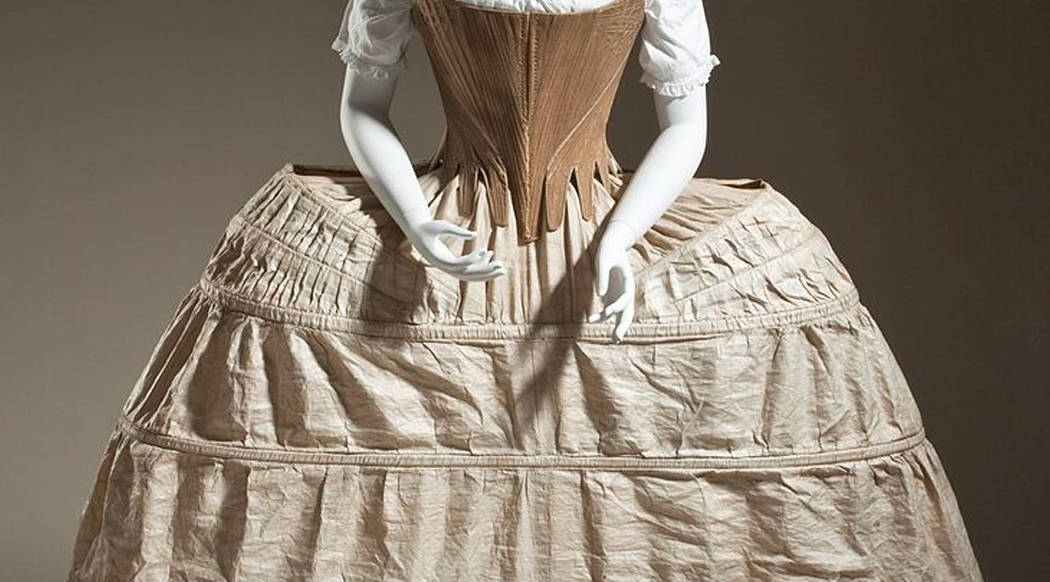 Fashion is such a weird thing! It changes fast, sometimes even the craziest things can become fashionable, and only real experts of it can predict what is going to be fashionable the next season. On the other hand, the borders of what is fashion and stylish and what is not are very unclear (remember Lady Gaga’s meat dress?) and the history of human kind and dressing is the best example of that for sure.

So today, let’s get acquainted with five crazy, but thankfully ancient fashion trends that were very popular in the old days. Some of them made people harm themselves, some of them even led to death, but all of them very considered the most fashionable and stylish thing no matter the consequences.

It might sound like not such a big deal, but it is hard to think of the reason why women for more than 300 years choose to wear such gigantic undergarments. With the help of such hoop skirts, women tried to achieve the fashionable look of very tiny waist and enormous buttocks (which sounds awfully similar to what women try to look nowadays as well!). However, the cost of such beauty was terrible – hoop skirts were horribly heavy, which lead to damage to the tops of the hips. And let’s not forget the inability to sit down, walk through a door and just be a normal and functional human being.

But the most terrifying story about hoop skirts and inconvenience it leads to happened in 1863, in Santiago, Chile when a church was getting on fire. Women who were there tried to escape the flames, but their hoop skirts blocked the exit and that lead to around 3000 people’s death. All thanks to this crazy and uncomfortable fashion trend.

If you have ever watched a movie which is set in early 17th century, you might notice another stupid fashion trend people used to love back them – huge, cumbersome and curly wigs. It all began because of Louis XIII of France who started wearing fake hair to hide this baldness, and as it was usually back then, aristocrats began to copycat the king and started wearing wigs for no apparent reason.

Such wigs not only look odd for us but as it is believed, were extremely hard to carry and sometimes even lead to many incidents. For instance, it was easy to get on fire with them, since fake wigs catch flames pretty quickly. However, for more than 100 years wigs were the number one fashion trend popular both among men and women, just until French revolution which ended it all for good.

Let’s spend some more time talking about men’s fashion here. Crakows there super popular among aristocracy during medieval times, so these 14th-15th centuries pointy shoes just have to be on this list. Despite the fact that these shoes were made to be worn by both sexes, men loved it the most and created some really extravagant shoe wear.

It was possible to walk down with these, but it still was super impractical and harmful not only for a fashionista wearing it but people around him. That led to specific restrictions, which were legit for everyone wanting to wear it. For instance, nobles were allowed to wear shoes that were 2 feet long. Merchants were allowed one foot and peasants just half a foot.

Corsets were the ultimate craziest fashion trend, just because they did so much harm to poor women who wanted to create that wasp waist no matter the cost of it. Of course, there are many variations of this undergarment, with some of them such simply supporting women’s posture like modern bras, while some of them were laced so hard, that it led to such health problems as dyspepsia, cardiac palpitations, mammary abscesses, displaced livers and many other ones.

But that didn’t stop women from wearing it at all. In fact, it is recorded that one woman had a waist of 13 inches in diameter, which is extremely unhealthy and weird looking. Some women with such waist usually fainted pretty often, also had problems breathing and even broke their ribs just for the matter of fashion. Of course, nowadays you still can find corsets which help women create a more slimmer look, some of those corsets are even incorporated in the outfit hop there cheaper with these discount codes now!) but they are surely not that harmful as their ancestors were.

Ok, and let’s end up with possibly the longest running and the craziest trend in the history of fashion – the lead based makeup. Historians believe that this trend began in at least 200 BC in the ancient Greece and finally ended just in the late 19th century! The reason behind it was the need for both women and men to have pale white face skin, which was considered being the most beautiful for so many ages. The sad thing is that this makeup was toxic and had a lot of harmful elements in it, which doesn’t help people in any cases, but led to death.

For instance, Elizabeth I created her thick ‘mask of youth’ with vinegar and white lead, while others sometimes bled the color out of the skin, drank iodine, ate chalk and applied mercury to their faces. Good thing we don’t have this trend now, right?